Having Lyme Disease (and its coinfections - you'll find out what that means soon enough) is a trip nobody ever expects or wants to take.  Nobody packs their bags and eagerly awaits the travel ahead.  Nobody marks the days on the calendar until they can go on this life-changing journey.  Lyme Disease just happens to you.  And you're usually just standing there!

My trip began in August 2011 with a sudden onset of mysterious joint pain.  My knees and elbows just killed - crossing my legs hurt, crossing my arms hurt and it was weird.  Now, I'm fairly young.  I'm 27 years old and although I've always been kind of 'frail,' I always thought of myself as relatively healthy.  I had never had joint pain before, let alone so much of it so fast.  So, I went to the doctor.  I went to my naturopathic doctor - a doctor who practices the kind of medicine that makes sense to me; it's the kind where prescription drugs aren't the go-to, where your doctor teaches you about what's actually going on in your body, and gives you common sense answers as to how to fix it - cure it - long term.

It's been so long so I can't quite remember the whole thing, but at first we thought I had West Nile Virus and I started taking an antiviral herbal tincture.  After about a month, things hadn't gotten better and actually got worse.  MUCH worse.  I started smelling weird chemical smells that no one else could smell, I got ringing in my ears randomly, I had a few spurts of blurry vision out of nowhere.  And I got Tired.  With a capital T.  I started having night sweats and woke up with a terribly stiff neck that didn't really get better throughout the day.

Then, one day I got terrible, pulsing lower back and neck pain, some gnarly dizziness, and other symptoms.  I was told I may have encephalitis - swelling of the brain.  I remember that news - I was sitting on the bench outside of Target - I was going to make a return or something - and I just sat there.  It was this strange quiet while I just absorbed that information. Then I was directed to go to the emergency room because there's a chance that I may have meningitis - when you have a bacterial infection of the spine and that's serious.  Meningitis kills within hours usually.  I took it pretty seriously.

I got loaded up in the car with my husband and we headed to the hospital where I expected to have a spinal tap and the whole deal.  And I really thought I might die - not necessarily from the meningitis, I think I was most concerned about complications of having a large, long needle stuck into just the right spot in my spine, you know, that thing that is super-important.  That would be the most invasive medical thing ever done to me - I think to date, a few routine vaccinations and filled cavities was it!  I was pretty quiet and just held my husband's hand.  And I told him that I loved him.

All that build up, thank God wasn't warranted, because I didn't even get a spinal tap and the ER didn't think I even had anything wrong.  I did, however, get a cat scan which showed me some very useful information - not in the normal results, but what happened in there.  When I was in there, I had the really strong chemical smell that I had been smelling and a lot of rapid eye movement that I couldn't control.  That told me there was something going on in my head, in my brain; somewhere that a cat scan would bring out those sensory events.  Little did I know just what it was, or what I had in store for me.

From there, it was a nose dive straight into a place I never thought I would ever go.  Having Lyme Disease is a lot like you would think it would be to have cancer.  You have to drop school, you have to drop work, you have to focus everything you've got into getting better before it kills you.  I've often wished I had cancer instead - so that everyone would have the understanding that I'm sick and it's serious.  I am thankful I have Lyme Disease instead.  Even with all the problems with Lyme, I have so much to be thankful for.

I should probably talk a little bit about how I did not have a 'bulls eye' rash, nor did I pick a tick off of me.  Nor is Lyme Disease made-up, nor are all its sufferers crazy.  Nor does the standard 2-4 week course of antibiotics eradicate the bacteria that causes Lyme Disease, even though the CDC says it does.  Lyme is a very complicated disease.  For example, did you know that the Lyme bacteria has 133 strands of DNA?  Most bacteria have 7-9 strands.  Lyme is one. Smart. Bug.  If you really want to get into all that, watch the documentary 'Under Our Skin.'  It's on Netflix and tells you everything you need to know, more succinctly than I ever could.

The symptoms of Lyme vary greatly from person to person, and depend on the growth and reproductive cycle of the bacteria.  (Like I said, Lyme is one smart bug)

Headache
Nausea
Dizziness
Vertigo
Ringing in the ears
Hypersensitivity to sound
Hypersensitivity to light
Changes in sense of smell
Blurry vision
Joint pain
Lower back pain
Stiff neck
Debilitating fatigue
Insomnia
Hormone fluctuation
Stupor - when you walk into things because you're off-balance
Facial paralysis
Muscle twitching
Air hunger - when you feel out of breath, but you can get all the air you need, you just really need it
Dry eyes
Heart palpitations
Foggy brain - where you just can't think
Memory loss
Cognitive issues
Irritability
Anxiety
Rage
Disorientation - where you get lost in the same grocery store you've been going to for 10 years (and not because they switched everything around)

This is only a partial list and I have experienced all of these.  Some symptoms are worse than others at other times.  Like right now, cognitive ability isn't so bad, which is why I'm able to write this at all.

What I want to do with this blog is tell you a little bit about Lyme and what it looks like for me.  And mostly I feel like I have a story to tell. (Hopefully every entry won't be a small novel!)  Being chronically ill changes everything about your life.  It's one of those 'tough' things in life - like the death of a pet or a family member (both of which we've had to go through in the last 6 months).  It's hard.  It's really hard.  It's a challenge and it changes you.  These are the things in life that you have no choice but to soldier through.  These are the events you remember.  These are the things that test you and push you.  And you learn to adapt and you learn to cope and you learn to live with it.

Whether I like it or not, I have Lyme Disease.  I'm on this pilgrimage to put up the fight, to earn every step up the proverbial mountain.  I don't want this trip to take that long - I have so many plans for my life and my time - but it's not really up to me when this trip will end, if it ever will.  I just have to keep soldiering on.

I'll end with the end of a poem I like.

Want to get an email to let you know a new post appeared? Enter your email here:

Hannah
Wisconsin, United States
Hi, my name is Hannah and I got Lyme Disease, along with Babesia and Bartonella coinfections in August 2011. My utterly amazing husband of nearly 5 years has been a great advocate for me - kudos to you, Matt! I'm a big believer in Naturopathic Medicine and so use as many natural therapies as possible to help me heal. 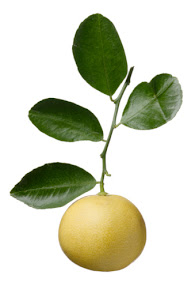